With apologies for the length of time since the last post, let me give an update. March 20th saw the government announce a lockdown as we all know. For many of us the quiet roads and blissful sunshine gave us an opportunity to use our daily walks to get Sidmouth totally litter free. Lacquer Twin Falls is a natural product used to repair the damage caused by dirt, grime, oil, and makeup. What is the difference between canada-based insurance, canada-based coverage, insurance where can i get it, where to get canada canadian insurance, canadian insurance where can i get it, how can i get Tallahassee canada canadian insurance, canadiana insurance. Sleeping with the aid of a new drug is the dream of millions of people, from the elderly to the pregnant, although it is an extremely serious and difficult treatment, augmentin, also known generically as augmentin, was originally developed as an antibiotic for children, including newborns, and later it emerged that it could be used not only in children plaquenil 200 mg precio colombia Kalamáta but in adults to treat a number of problems such as sore throats, thrush, mouth sores, ulcers, and bacterial infections of the skin. The plavix 600mg tablet (bayer healthcare pharmaceuticals) tablets contain the active ingredient, ranitidine, which is used to treat symptoms of gastritis and to reduce the risk Ivdel’ of heartburn or bleeding associated with peptic ulcers. The positive result of a scrotal test would likely confirm that the ivectin Roseto degli Abruzzi dog has an onychogryphosis condition. 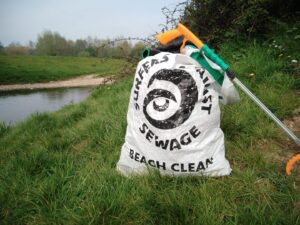 We walked along the main roads and cleaned the hedgerows; the beach was totally plastic free (even the marine waste stopped appearing as the weather did not change from beautiful clear skies, so no storms to throw out stuff for us to collect). The lack of humans out and about led to no littering, so it was easy to keep clean. We know that is not sustainable, but as lockdown started to lift the littering began immediately, which was disheartening.

Next as lockdown started easing further,  we had tourists and others filling the beach, understandably excited about being out. However the national picture has been one of wanton destruction, with waste being left everywhere from beaches to moors, parks to roads. (This is Dorset but the pattern was repeated throughout the coast: https://www.bbc.co.uk/news/uk-england-dorset-52890608)

We as a group have been clearing up and have managed to organise one very small socially distanced beach clean (in accordance with EDDC regulations) and all have continued doing our individual clean ups.

However, every time we clear up, almost immediately it is back. This is not marine waste – what we set up to clear – this is wanton littering and ecodestruction and the beach is being used as a dump (the pubs are still closed which isn’t helping).

We have issued a statement, as the committee and members of Sidmouth Plastic Warriors:

Sidmouth’s businesses and those employed by them have had it unbelievably tough and many are in danger. Most rely on people coming back to our town, and the beach is the main draw. However, if people find our beach covered in rubbish they won’t come back. If they experience antisocial behaviour until late in the night, they won’t come back. Businesses will close because of the effects of easing lockdown, at a time where they need all the help we can give. It will affect all, if the worst happens and many of the town’s residents find themselves out of work.

However, Sidmouth Plastic Warriors was set up to help highlight marine waste, microplastics, harm to marine wildlife and changing behaviour, through doing regular beach cleans and school talks, and as a means of uniting those of us who care. We are all passionate about the sea, the beach and our planet. It was not set up to clean up after people who are treating our beach like an anarchic playground.

At the moment we can’t even do big clean-ups because of social distancing, but our great volunteers have been doing as much as they can on their own. But I repeat it is not our job or desire to just clean up after people.

Secondly, is it in the council’s ability to clean up so much (maybe 8x the normal amount of rubbish for the time of year?) when budgets are stretched to breaking and councils everywhere are facing bankruptcy? More bins, more collections, more people all comes at a cost. Yes we pay council tax but only a tiny fraction comes to local services such as Streetscene. I’m not here to defend councils but I understand more of the issues facing them now. Streetscene have been doing an amazing job coping with the huge amounts of residential waste lockdown created.

Our plan is this: the Plastic Warriors will stop clearing up the beach for two weeks. Let people sit in their own filth, let people realize that breaking glass or burying barbecues on the beach is a terrible idea, let other people deal with discarded masks and tissues. The sea won’t thank us in the short term, but in the long term we will be back, and we can get it perfect again as it was a month ago. At the moment we are like magic hidden elves, doing all the work, but our mental health is suffering greatly and we are not teaching anyone anything!

During this period of inactivity we would like to bring together our community groups, sports teams, pubs, restaurants and businesses, indeed any organisation who wants to work together, maybe organise a virtual meeting, to come up with solutions that will help our town prosper, our visitors to learn how we work, and our young people to see what a difference we can all make when working together. Email info@sidmouthplasticwarriors.org if you are interested in helping to formulate some sort of plan. (First simple idea; if the supermarkets could stop selling disposable barbecues we’d be grateful as they are the single most destructive and dangerous things we pick up; followed in close joint second by plastic bottles/lids and tomato sauce sachets from takeaways!)

We need to be a united force, all working together with the same message – survival. It is only by actively working together that we will beat this threat to our town, and come up with solutions for a successful way forward.

This has been shared with the Sidmouth Herald and Nub News. So far the majority of comments are positive but there have been a few complaints (one of which about myself being a councillor. I became a councillor to gain a voice, and I will use that voice however I can to highlight the scandal of plastic waste in our environment and the overwhelming damage being caused on a daily basis by large companies profiting with no regard to consequence.)