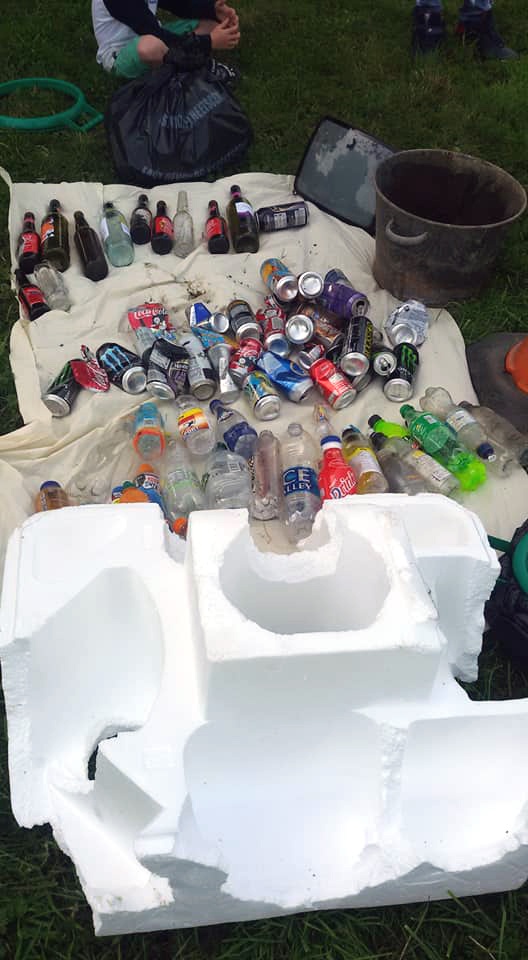 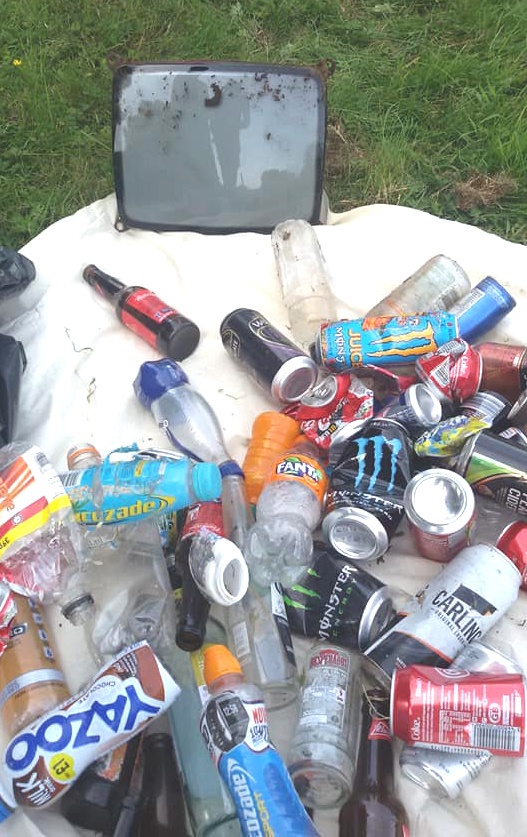 Despite blistering heat and England vs Panama on the TV, about 15 hard core Warriors turned out for our badly planned Long Park and Woolbrook clear up. Taking it slowly on one of the hottest days of the year, we worked our way round Long Park and spread out to the skate park, river and alleyway behind the skate park, to fill up about 3 full bin bags of non recyclable rubbish, 3 recycling bags (1 each of glass, tins and plastic bottles) and also turned up a cone, hundreds of cigarette ends, 2/3 of a box of One Magazines, and a very corroded metal bucket. Well done to Adam for going above and beyond by wearing his beach shoes and going in the river, under the bridge, and getting to previously inaccessible rubbish.

We finished off with a plastic free picnic some nice (if I say so myself) (vegan) cake, in the shade. Not the most pleasant of clean ups but we achieved a lot. Shame it all comes back again so quickly. Also bit of a shame the council didn’t turn up to pick this one up due to a cock up (mainly my fault) so ended with a bit of a nightmare of what to do with the rubbish – it ended up in my garage for a few days until I could get to the recycling centre.

In the photograph is a huge chunk of polystyrene that my husband noticed was being smashed up around the back of the Youth Centre. He asked the teens to stop smashing it up, they replied that they were ‘getting rid of it’ – but they were just breaking it into millions of pieces in reality. Despite being asked to stop they continued, until my husband pretended to take a photo of them to identify them. They called him ‘pedo’ etc and ran off… nice. He called me up, I brought all my stuff with me including dustpan and brush and spent half an hour clearing it up as well as I could. This is the solid bit that was left. I will NEVER understand why this stuff is still being used. It is not recyclable, it is extremely brittle, it breaks into thousands of pieces and is plastic. Shocking.